A Gaudí Barcelona route, culture and fun in a Seat 600!

The Gaudí Route is an original ride in a nice Seat 600 around some of the most representative places by Antoni Gaudi in Barcelona.

Our meeting point is the Sagrada Familia temple, whose construction began in 1882. It is Gaudí’s masterpiece. 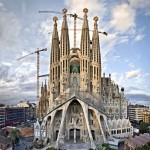 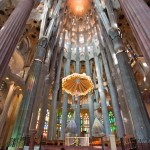 We start from Sagrada Familia, so you can visit it beforehand, and then we begin the road to Casa Calvet, modernist style, also designed by Antoni Gaudí (1898-1900) and declared patrimony of cultural interest in 1969.

Then we will see Casa Batlló, remodeled between 1904 and 1906, a beautiful modernist building with a wealth of decorate inspired by nature. 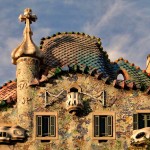 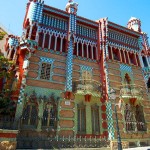 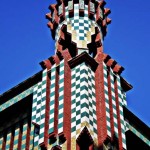 We will pass by the Teresianes school (1887-1889). One of the most important Gaudí’s early works. Straight shapes and sober construction with garnishing tips culminating the façade and highlighting turrets on the corners.

We stop to visit Casa Figueras, better known as Bellesguard Torre (1900-1909). Inspired by gothic-medieval art. Culminates with a tower crowned with the typical four-armed cross.

After the visit, we go to the famous Park Güell built from 1900 to 1914. Gaudí was inspired by the organic shapes in nature and adapted the structures to the terrain. An authentic spiral of imagination, no matter where you look, and a beautiful place to finish with a nice walk.

If you wish, we can finish wherever you prefer in the city, like your hotel, favourite restaurant, or a different tourist spot. It will cost less than a taxi or even free.

The prix for Gaudí route is 95 euros for three people and glass of champagne or soft drink included.

If you are interested in the Gaudí route for a larger group, you need to check for availability and special price, as we make our fares as convenient as possible for you.

If a minor is to go on the car, you need to ask in advance, so we can confirm if we can dispose of mandatory safety devices installed for the route, such as child seat, baby seat, etc.

You can call us or write your questions or to hire any routes you want.